Standout themes from the panel included;

Generative Design – The topic of generative design came up many times. We heard that designers and builders are using computers not just to document the design, but to define the design requirements and then generate hundreds of thousands or even millions of concept designs which are then sorted by criteria and ranked. The software then presents the top ranked designs, say the top three, for review by human co-designers. Eva thought that this was an incredibly powerful tool that allowed cheap and efficient exploration of an array of variants knowing that the designs selected for further review were viable. Damien noted that some of these tools, such as Project Frog, have “Design for Manufacture and Assembly” (DfMA) in the starting conditions and this could mean that manufacturers and product selection became something that received early consideration instead of being an afterthought at the end of the design process.

The “Digital Twin” came up a lot. This is a digital replica the physical product being built or manufactured. Don saw the digital twin as a place to “hang” data that has been created or gathered during the design and construction phases so that it was there for the life of the physical asset.

Damien talked about the demand for flexibility in products and that for an offsite-manufacturer to be successful in the construction space that “mass customisation” rather than mass-production would be important.

Cloud – you can’t go anywhere without hearing of the “cloud” these days! One of the things that I found interesting was that the synching of local design models with the cloud-based “single source of truth” is now occurring automatically and more regularly. Alastair explained that this is occurring alongside automation of clash-detection and issue-reporting. Given that models are synching in three-minute intervals, this means that clash-detection reports are occurring almost in real time. I couldn’t help but reflect on the differences that we’ve seen here. 15 years ago, we were still overlaying 2D drawings, sometimes even on paper and meeting weekly to discuss markups made in red pen! Three years ago, I launched a project and there was not a reliable cloud-based solution for model storage, and we were still sending models via transmittals on a weekly basis, but at least we’d moved away from red pens. Even last year we were still manually “gluing” models together and running clash detection on weekly cycles. To go from pen markups to model based review in 10 years, and from weekly to 3-minute review cycles in a such a short time is absolutely mind blowing.

There was some discussion around the challenges of legislation catching up with cloud-based data storage and the problems that happen with internationally located data centres and systems being produced by multi-nationals and how this can intersect with national security concerns on government or even private critical infrastructure.

The quote of the night came from Daniel who said, “each party takes what they need from the data as it passes through the project lifecycle”.

The best news also came with a horrifying detail. I was really excited to hear that from 1 July 2019 the Queensland Government has mandated that all Queensland Government construction projects with a value of $50 million or more are required to use BIM from the early planning phase (which is great). I was incredibly dismayed to hear that each department was rushing out to develop their own disparate BIM specifications which is resulting in duplication of effort and conflicting standards between departments (which is a disaster).

I asked each participant what would give them the most satisfaction if, in five years’ time, they looked back and found it had been achieved:

Daniel – industry and adoption and integration of common processes rather than working in silos, resulting in better designs and more efficient buildings that are built more safely.

Don – Real time use of the digital twin and checking that the physical entity is performing as expected.

Alastair – less waste from a managed process, meaning that from better management of the process of design that the correct handover of information is made at milestones along the way.

Congratulations to the AIB and QUT for holding an informative panel discussion. The panel was incredibly experienced and brought a great diversity in their professional backgrounds. They came with different points of view from working in manufacturing, building and civil construction, design management, energy generation and asset management. These people had great real-world experience, and each brought unique perspectives that gave a nicely rounded view of what the construction world could look like five years and how that could influence the wider community.

Wiley love sharing our learnings with our network, to help us all reach peak performance. 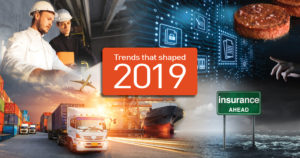 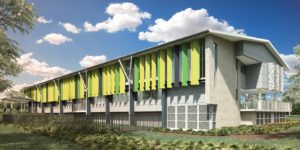 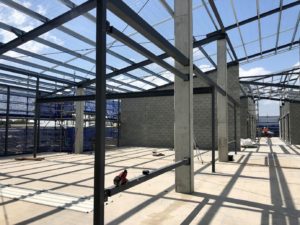